Jasmine Otto is a data ecologist interested in reifications of complex systems, especially through constellated scientific practice. These involve rhetorics of dimensionality reduction and data visualization, and contexts both narrative and improvisational.

She is exploring the role of computational creativity in scientific sociotechnical ecologies, including existing and future uses of narrated explorable models and casual creator support tools. Her creative writing is influenced by the lightness of enacted proof, inherent to uncivilizing myths.

She is a PhD student in the Design Reasoning Lab at UC Santa Cruz, and holds an MS from the University of Illinois at Chicago in applied mathematics.

A story about history and its others. Playable online.

Case study of a software instrument for avatar creation. Or, a guided tour of latent space.

Visual rule editor for the KappaSim language, relating functional sites on macro-molecular agents through the formation and destruction of bonds.

Application of phcpy to the real-time numerical solution of steady states of nonlinear dynamical systems, as found in synthetic biology, kinematics, and other design spaces. With Jan Verschelde.

Explorable explanation of alternative mating strategies in side-blotched lizards. Evolutionary stable states are determined by physiology and local climate. With the Sinervo Lab.

Topological data analysis of spatial effects in collective motion. Builds on prior work with agent-based systems whose population dynamics approach a dynamical system. 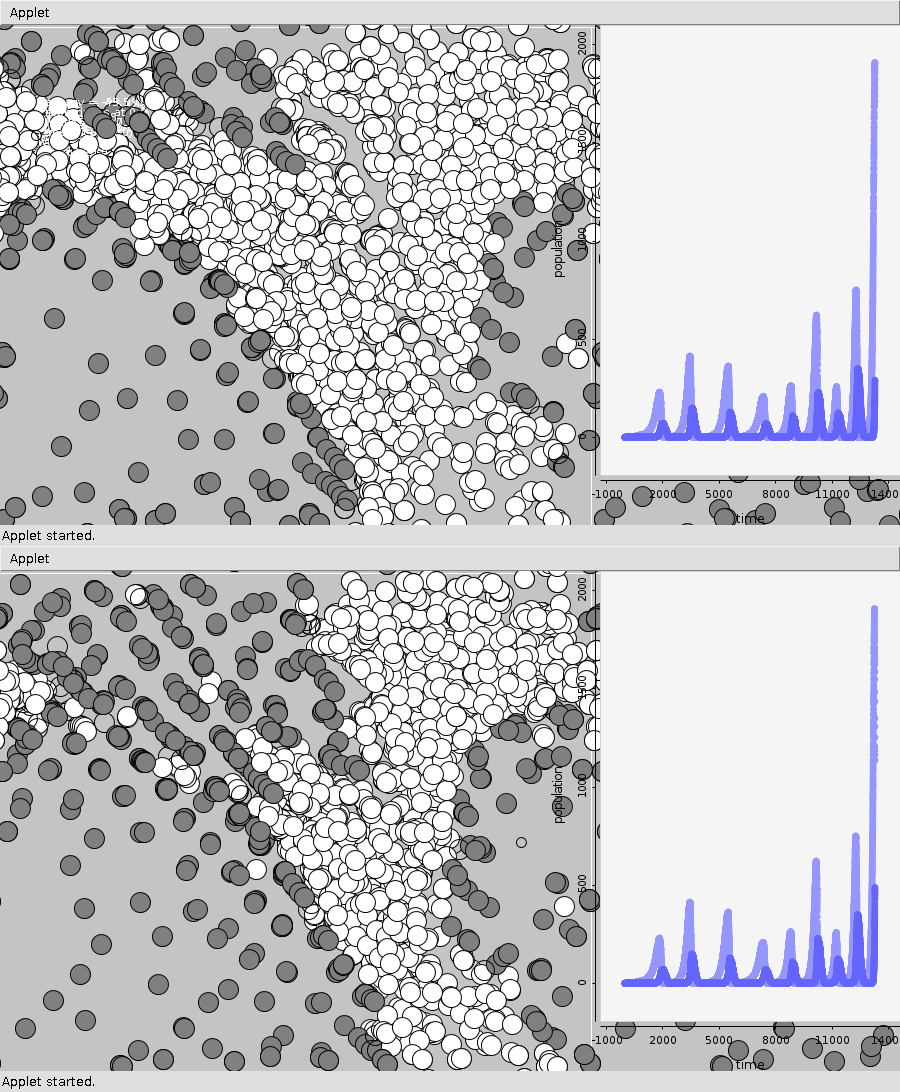